A very short but cute game about big tiddy ghosts

GHOSTiTS is a first person exploration game about finding and investigating ghosts with... like... really big boobs. It was released for free on itch.io by @magNSFW in April 2021. It's very short (only a little longer than 15 minutes) but with a price tag of $0 that's absolutely nothing to complain about. 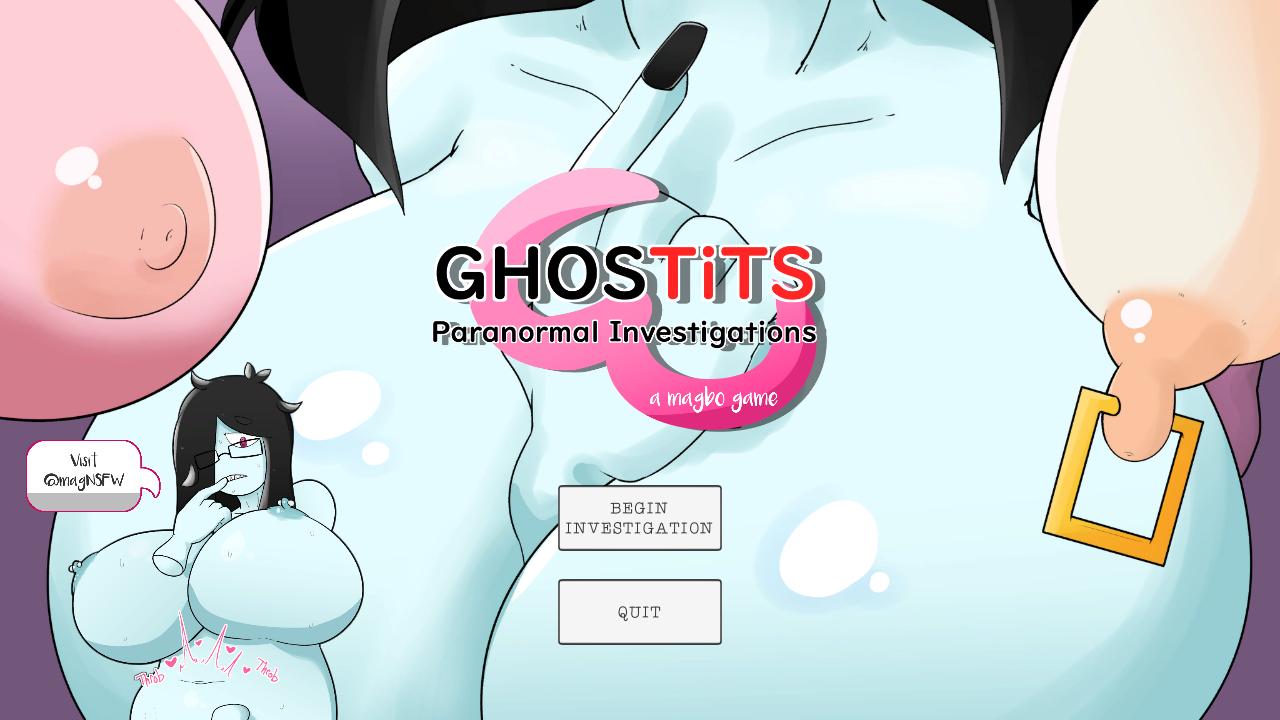 After teaming up with a blue big tiddy ghost gf named Matilda, you are a paranormal investigator! Your goal isn't to remove or exorcise ghosts, merely to investigate and understand. Coincidentally, most of the ghosts you run into are also packing some serious heat in the chestal area.

This is going to be a short and sweet review, because as stated earlier, this is a really short game. At the time of writing this it's at version 1.02, which means I'm classifying it as a completed game and not a demo, despite its length.

There are 2 main gameplay elements. The first is walking around a dark house and looking for set pieces that have been tainted with ectoplasm. This lets you learn more about the ghost you're tracking, which ultimately makes you able to see the ghost. Until you find all the clues, you can't face-off with the ghost. 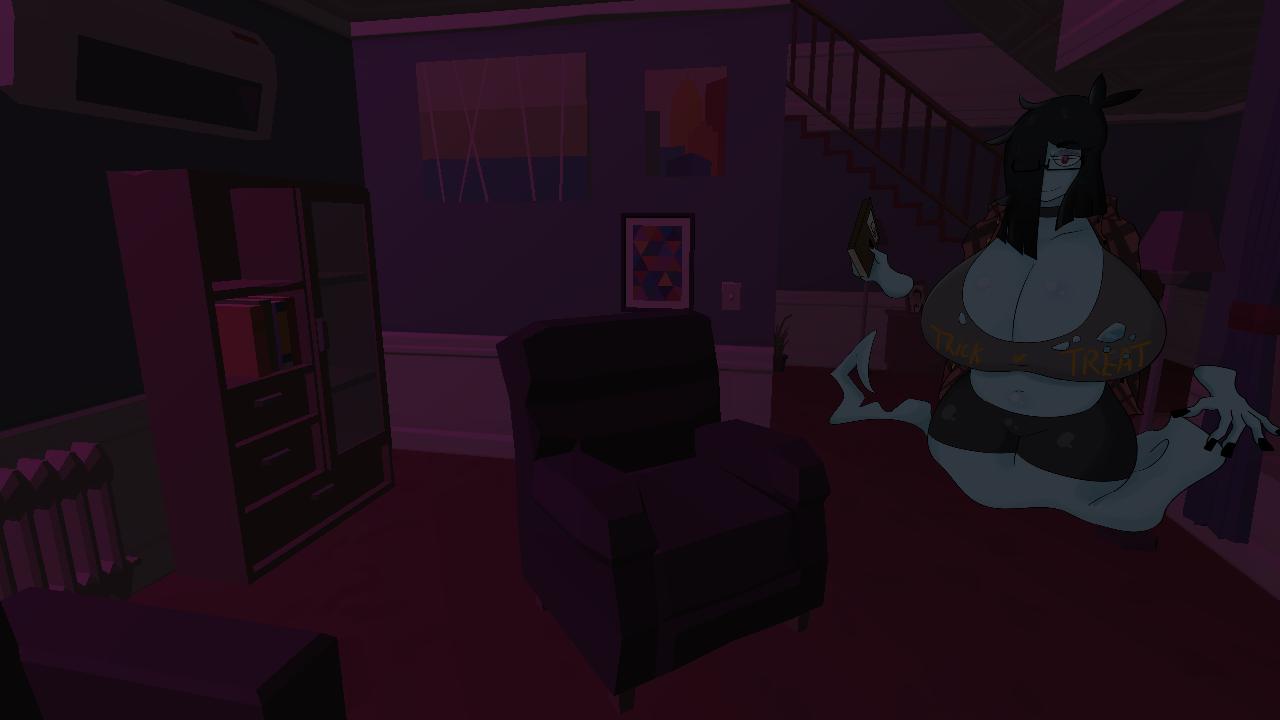 You walk very slowly around a very small and dark house. There's a flashlight you can use, but my dumb ass didn't figure that out. I didn't hit any snags going through the game dark though, mostly it's just going to make these screenshots a little harder to make out. Once you've found all the clues, a (rather chesty) ghost pops out! Well it doesn't actually pop out, but its 2D image will now show up in the house somewhere. 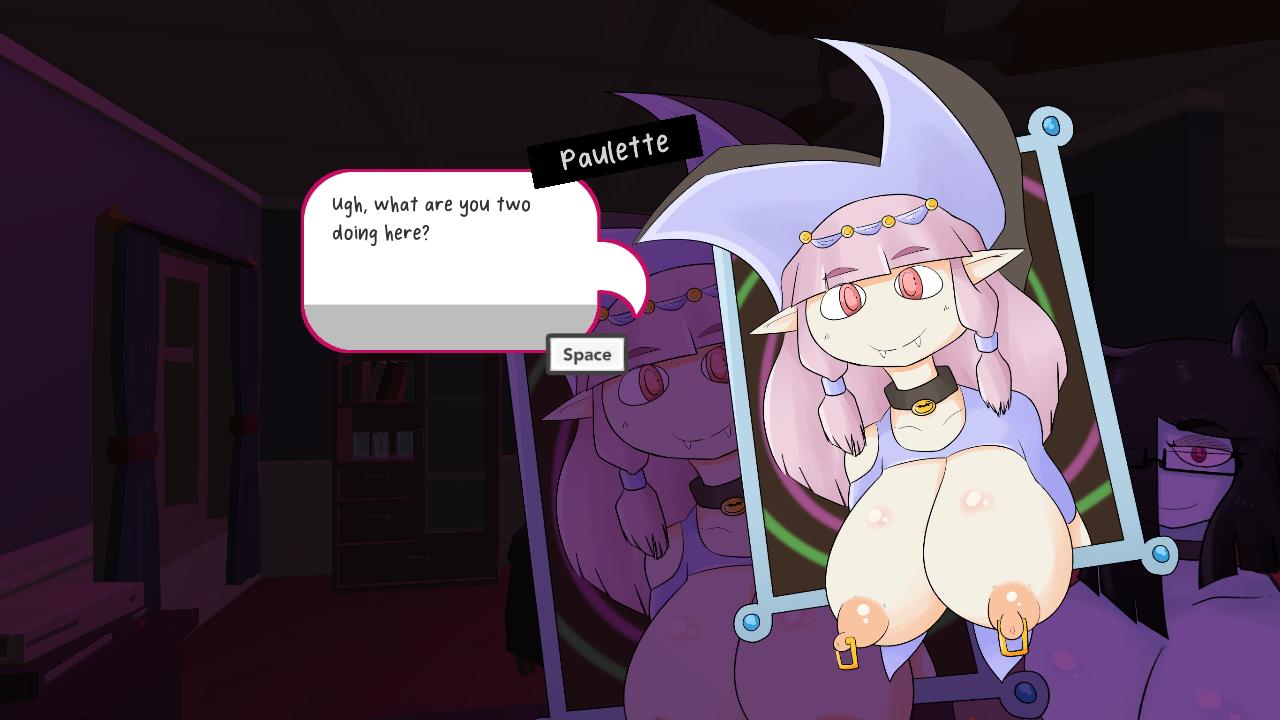 The second gameplay element takes place after you square off with a ghost. You enter a 2D space invaders type minigame, in which the two ghosts shoot ghost milk at each other until the enemy is defeated. There doesn't seem to be a failure state for this, as if your health runs out it just says "Matilda refused to give up" and you keep fighting. Once the ghost is defeated she joins your ghost harem! 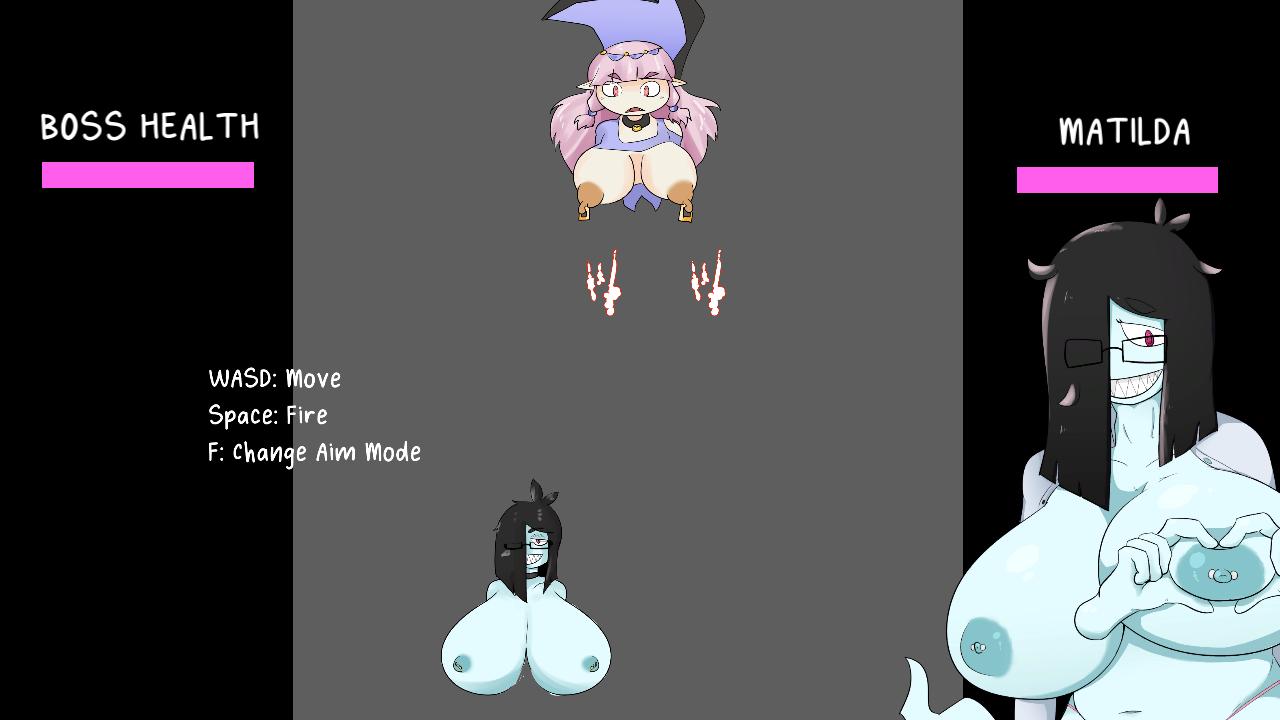 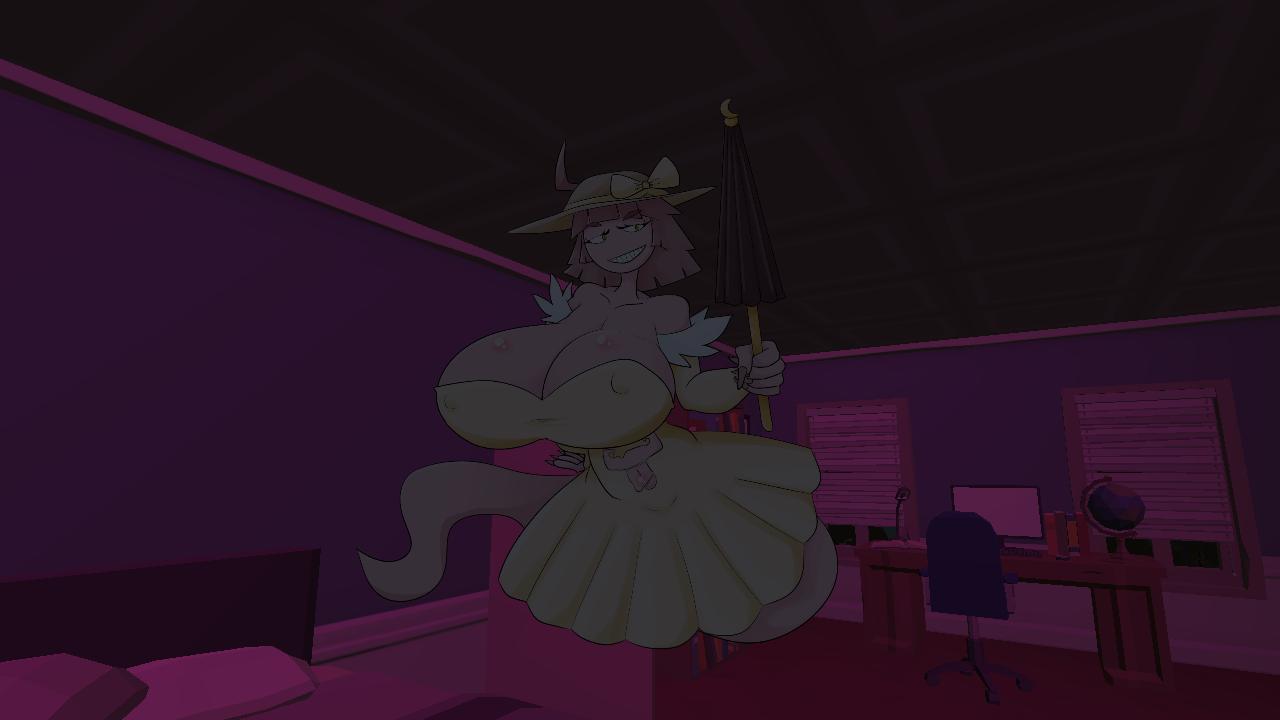 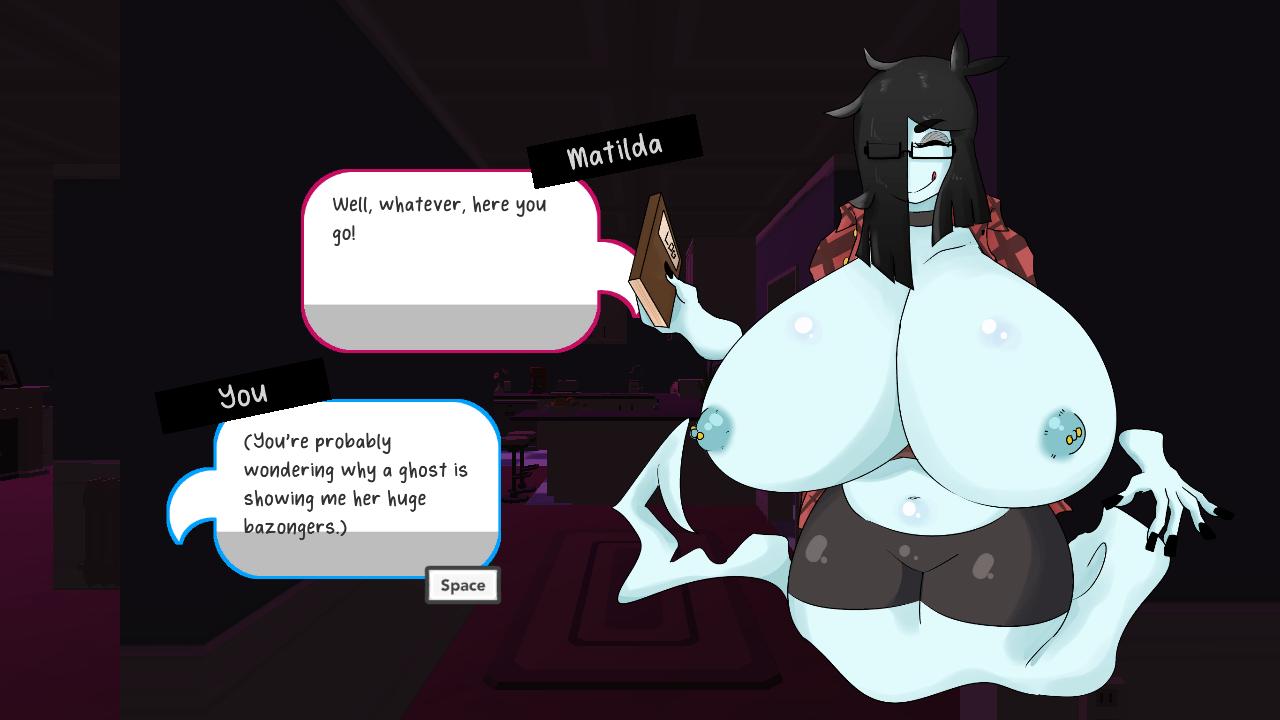 Short, cheap, and sexy. Just like me! There isn't much to this game but the characters are cute, and you can't argue with that price. I'm definitely looking forward to what this developer does next! 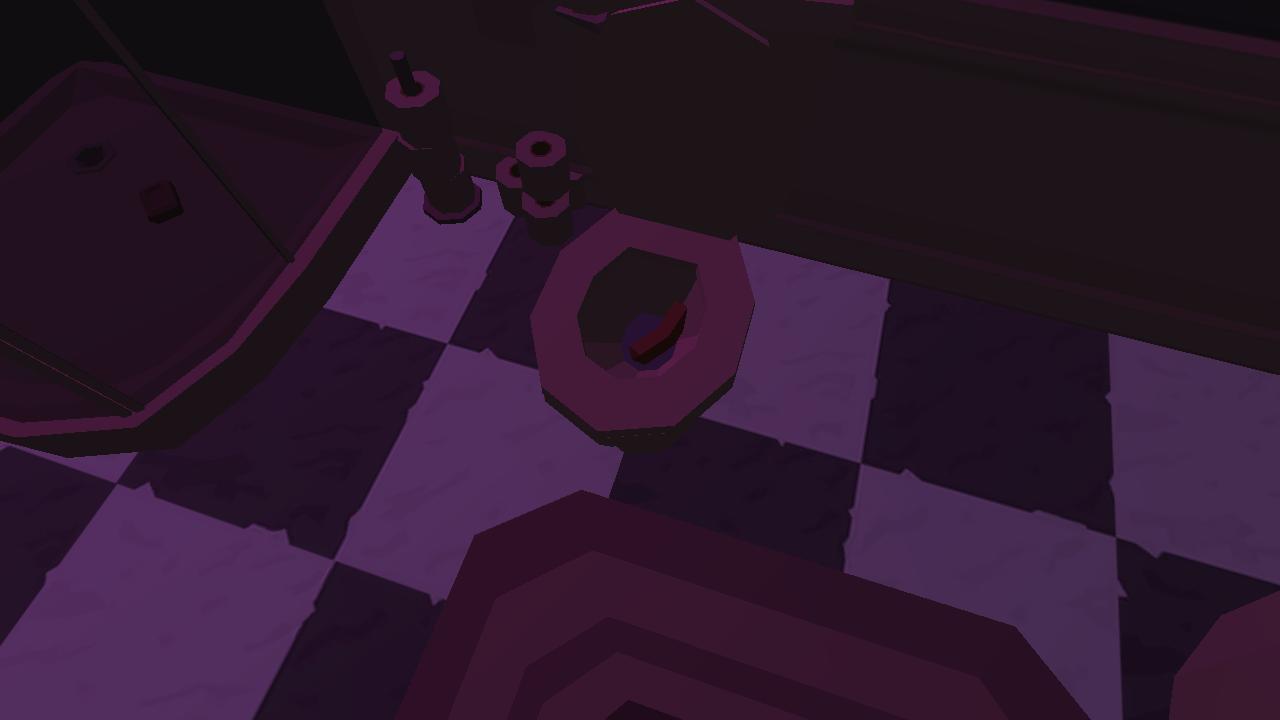 Thank you so much for reading. Please consider following us on Twitter or subscribing to our Patreon